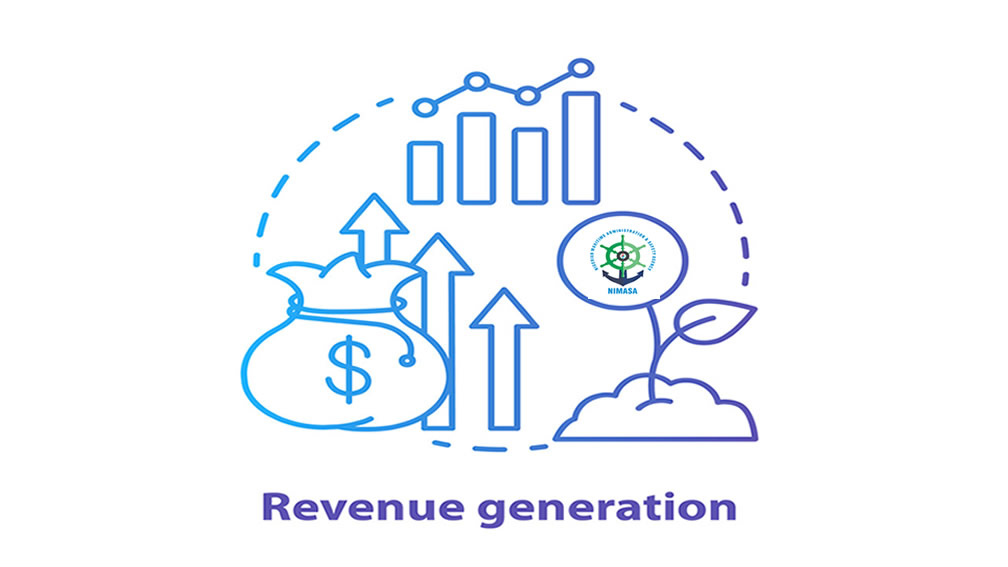 There appears to be a misconception about the role of the Nigerian Maritime Administration and Safety Agency (NIMASA) as regards revenue generation.

Very often, people tend to lump NIMASA together with other federal government agencies whose statutory responsibility is either whole revenue generation or have that responsibility as part of their mandate. This stems from the lack of a clear understanding of the functions NIMASA was set up to perform, especially since its activities and responsibilities are focused on a very vital sector of the Nigerian economy, namely, the maritime industry.

It needs to be noted that the revenue that accrues to NIMASA is a necessary concomitant of its ability to deliver on its core mandate and performance of its essential functions. In other words, in a way, that is a derivative of its activities; nothing statutory.

NIMASA is the apex regulatory and promotional maritime agency that was created from the merger of the then Nigerian Maritime Authority (NMA) and the Joint Labour Industrial Council (JOMALIC), both former parastatals of the Federal Ministry of Transportation, on August 1, 2006. It carries out the responsibility of regulating the Nigerian maritime industry through the relevant instruments of the Nigerian Maritime Administration and Safety Agency Act of 2007; the Merchant Shipping Act of 2007 and the Coastal and Inland Shipping (Cabotage) Act of 2003, and of recent the Suppression of Piracy and other Maritime Offences (SPOMO Act of 2019).

The primary areas of focus for NIMASA are, among others, maritime safety administration; maritime labour regulation; marine pollution prevention and control; search and rescue; provision of direction and ensuring compliance with vessels security measures; air and coastal surveillance, as well as Cabotage enforcement. Others are shipping and registration; training and certification of seafarers, as well as marine capacity development. It also performs state and flag duties.

The agency is also charged with the responsibility of developing and implementing policies and programmes that would facilitate the growth of local capacity in terms of ownership, manning and construction of ships and other maritime infrastructure, establishing procedures for the implementation of conventions of the International Maritime Organization (IMO) and the International Labour Organization (ILO).

In the last 18 months or so, the current administration at NIMASA has been working to fulfil its mandate and obligations using the tripod of Triple S security, safety and shipping development. This is borne out of the fact that the survival and smooth functioning of the maritime industry rest on these three key elements.

Since February 2021, the agency has deployed the most modern technology using the instrumentality of the Deep Blue Project to implement the first S of the tripod, which is security, to stem the tide of piracy and other forms of criminality in the country’s waterways. The objective is to keep the waterways secure for all maritime activities to thrive, thereby positioning Nigeria’s economy on the path of rapid growth.

The effort is boosted by the Suppression of Piracy and Other Maritime Offences (SPOMO) Act of 2019, which provides the legal teeth that are needed to fight piracy in the Nigerian maritime environment. It is now possible to prosecute maritime offences in the law courts. As a matter of fact, NIMASA has so far secured 20 convictions in cases bordering on piracy in the country’s waterways within the last year.

The result of the implementation of this leg of the tripod is the drastic reduction in the rate of piracy in the Nigerian maritime environment, a fact that has been acknowledged by IMO and the IMB Piracy Reporting Centre. With the support and active participation of the critical stakeholders in the Deep Blue Project the Nigerian Navy, Army, Air Force, Police and the Department of State Services we would hopefully achieve a crime-free maritime environment that would change the negative perception of the international maritime community about the Gulf of Guinea, where Nigeria is the dominant player. This would, in turn, force offshore underwriters to rethink the high premium they place on Nigeria-bound cargoes.

NIMASA is working assiduously to implement the second leg of the tripod, which is safe on the country’s waterways. This is because security and safety are interwoven. Success cannot be measured from the perspective of one, without the other. Efforts are ongoing to clear the rivers, creeks and the exclusive economic zones of relics and wrecks that are capable of impeding smooth navigation by vessels of all sizes from ships down to passenger boats. This exercise also involves sensitization of the public to adhere to guidelines that include the use of safety jackets by occupants in passenger boats, as well as crew in fishing trawlers; keeping to the stipulated number of passengers in boats according to size, etc.

The process for the implementation of the Cabotage Act that would allow for shipping development of the third leg of the tripod to swell indigenous ownership of vessels has reached an advanced stage. When operational, it would hopefully address the imbalance of the domination of the Nigerian shipping industry by foreign carriers.

As can be seen in the foregoing, there is no provision in the law establishing NIMASA that saddles it with the responsibility of generating revenue for the government.

With a combination of modern technology, relevant law and support of the federal government, NIMASA is working to fulfil its mandate of regulating operations in the maritime industry, securing the Nigerian maritime environment and developing indigenous capacity for shipping expansion.