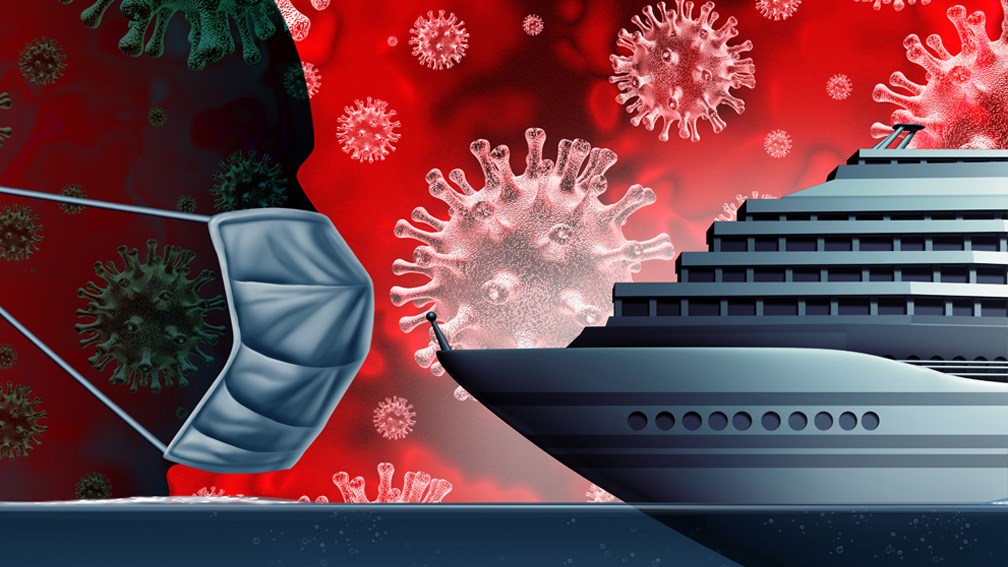 The Coronavirus (COVID-19) pandemic took the world by storm in early 2020, unleashing a strange sickness and deaths on humanity, devastating economies, disrupting lifestyles, and generally bringing the world literally to its knees. The development forced countries around the world to go into lockdowns, mainly for the purpose of limiting the spread of the disease and put in place strategies to respond to the existential threat it posed to humanity.

The pandemic adversely affected all sectors of the economy, causing many to shut down, with attendant losses that could not really be quantified. To the shipping industry, the challenge was huge, perhaps more than what other sectors faced, because of its peculiar nature and the strategic role it plays in the world economy and, by extension, the lives of the entire world population.

The shipping industry accounts for more than 85 percent of world trade, responsible for moving goods to the farthest ends of the earth. And while the world was on shutdown, the industry had to devise a means to still move goods around the world, to ensure other vital sectors – like pharmaceuticals, industrial, and food – remained active.

Together with aviation, the shipping industry ensured the distribution of pharmaceuticals, including drugs and medical equipment used in fighting COVID-19, around the world. Indeed, it would not be far from the truth to suggest that the industry contributed immensely to the world’s ability to keep the rate of infections and fatalities within manageable levels.

Allianz Global Corporate and Specialty 2020 report shows that at the peak of the pandemic, the shipping industry showed great resilience, maintaining strong trade volumes that are expected to surpass those of 2019, after a slight decline in the period under review. The industry recorded losses that were far below what was expected in the face of a crisis that assumed new proportions each day. In fact, the report indicates that despite the economic devastation caused by COVID-19, total losses remained at a record low for the third year running.

The resilience of the shipping industry in the face of the COVID-19 pandemic and its ability to function optimally in a world environment where other sectors of the economy have been crippled is a demonstration of its capability to withstand any adversity. It is proof of its ability to rise above any circumstance to remain relevant in the lives of people around the world. It is, for instance, testimony to the fact that with the cooperation of all stakeholders, the threat that piracy and other forms of criminality pose to world maritime trade can be overcome.

In Nigeria, the Nigerian Maritime Administration and Safety Agency (NIMASA) has been working to ensure a maritime environment that is not only secure but also safe, such that the impact of COVID-19 would not be felt, in order to enable economic and social activities to thrive. This has been the pre-occupation of the current management of the agency, which came into office at a period when the pandemic was beginning to ravage the world, early last year.

Working with various critical stakeholders, NIMASA has adopted several measures and strategies to combat insecurity in the country’s waterways up to the Gulf of Guinea, which was so bad at a time the region was perceived to be the most insecure and unsafe maritime environment in the world. And as a consequence, Nigeria has borne the brunt of this negative perception in the form of astronomically high insurance premiums, known industry-wide as ‘war risk clause’ slammed on cargo coming into the country from any part of the world, for the simple reason that it accounts for about 70 percent of maritime trade in the region.

Among the strategies and mechanisms the agency has adopted in fighting piracy and other maritime crimes is the flagship Deep Blue Project that is proving to be the game changer. The agency is working in collaboration with the country’s armed forces, the police and intelligence services to prosecute the war in a manner never before seen in this part of the world. And there are results to show. The International Maritime Organization, the umbrella body for all the countries that participate in world maritime trade, has acknowledged a significant reduction in the rate of piracy and other crimes in Nigeria’s waterways from the time NIMASA rolled out the project in February, this year. Not to be forgotten is the legal teeth the Suppression of Piracy and Other Maritime Offences (SPOMO) Act of 2019 has given to the fight, which has made it possible for the agency to obtain 20 convictions in courts of competent jurisdiction in less than one year.

As the third wave of COVID-19 continues to spread in the country, the cooperation of all Nigerians, especially those involved in maritime activities, in adhering to non-pharmaceutical guidelines, especially, is crucial in not just ensuring the security and safety of the environment, but the health of the citizenry in a fight whose end does not appear to be in sight.