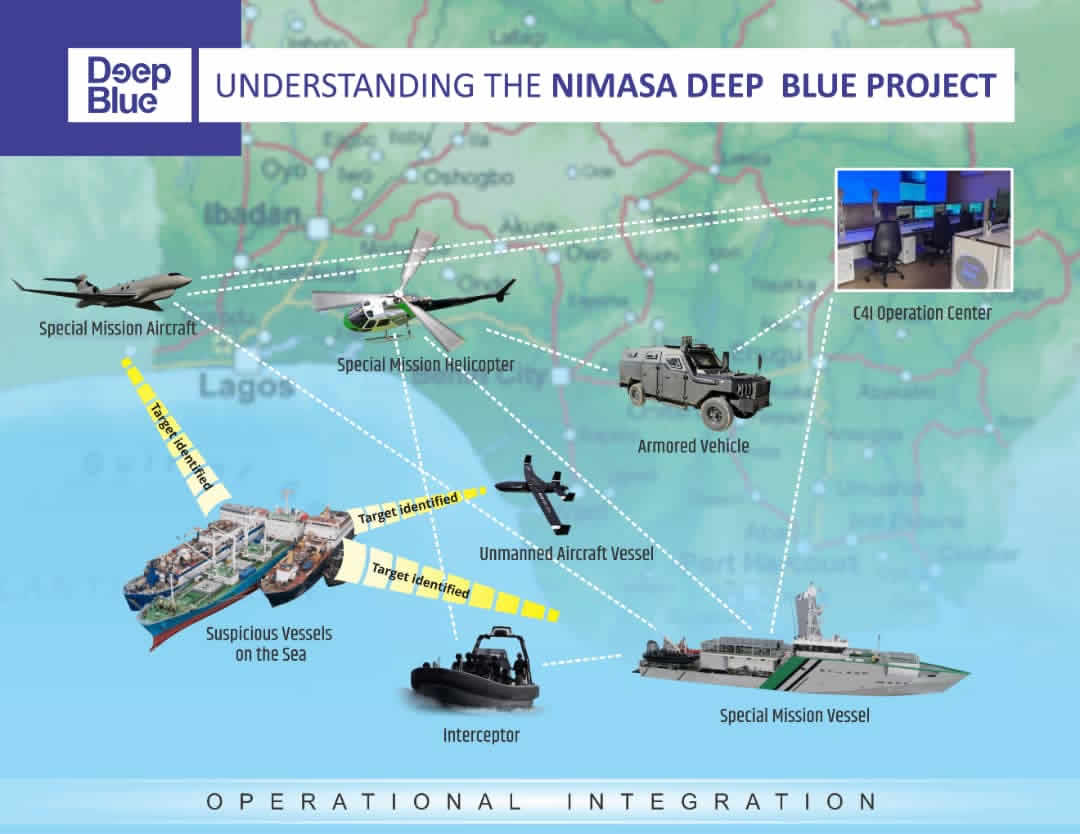 The maritime environment is a very peculiar one. The large expanse of water that could stretch for thousands of kilometers allows for unfettered movement of vessels, with very little risk of accidents on routes that are free of relics and wrecks. It is also full of risks. The same seemingly endless sea, as well as rivers and waterways that allow for free movement of vessels, also provide easy escape routes for pirates and other criminals when the environment is not well secured.

It is therefore necessary that in order for maritime activities to thrive, the environment must not only be safe, it must also be well secured. Indeed, security is sine qua non to maritime trade, the absence of which international trade cannot function optimally.

About 70 per cent of maritime trade in the Gulf of Guinea takes place in Nigeria’s waters. This places enormous responsibility on the country to keep its maritime environment and, by extension, the entire Gulf of Guinea, safe and secure. It is a responsibility that Nigeria’s position, as well as expectations of the countries in the region that look up to it for direction and assistance, impose on it.

Several interventions by previous administrations had failed to achieve the objective of making the country’s waterways totally secure, not because of lack of focus or commitment to ending insecurity in the country’s waters, but due largely to lack of synergy among agencies whose responsibilities overlapped, but were related to the same issues. These are the Nigerian Maritime Administration and Safety Agency (NIMASA), Nigerian Ports Authority (NPA) and the Nigerian National Petroleum Corporation (NNPC), as well as oil companies and private operators. They all invested in similar infrastructure and platforms for the same purpose, but worked independently of one another.

The failure to achieve the objective of protecting the country’s waterways led to the wrongful designation of the entire Gulf of Guinea by the international community as the most unsafe and insecure maritime environment in the world, with Nigeria paying the higher price for that error in form of exorbitant freight charges slammed on shipping to the country.

However, the process of changing the narrative about security of the Nigerian maritime environment began with the enactment of the Suppression of Piracy and Other Maritime Offences (SPOMO) Act of 2019. The law sets out guidelines for prosecution of cases of piracy in court, something that was not possible before now. But that is as far as criminal prosecution of piracy cases, which is the last leg of the fight against maritime insecurity, is concerned.

The game-changer in the effort to keep Nigeria’s maritime environment safe and secure is the Integrated National Security and Waterways Protection Infrastructure in Nigeria codenamed “Deep Blue” Project powered by NIMASA. With a clear mandate to Manage, Control and Protect Nigerian Waters under the Coordination of NIMASA for the harnessing of Nigeria’s Maritime Assets and advancement of her coastal prosperity. The project involves use of various platforms for fighting maritime insecurity and has, under it, the C4i Centre that uses a satellite system to oversee Nigeria’s territorial and exclusive economic zone.

The project which is slated for launch in June 2021, involves the use of two mother ships or Special Mission Vessels (SMVs), 17 fast interceptor boats flying at fifty knots with a detachment of highly trained special mission force to interdict sea criminals, two special mission aircraft, four unmanned aerial Vehicles (UAVs), three special mission helicopters and 16 armoured vehicles to provide the level of maritime security never before witnessed in this part of re world.

On Wednesday, May 12, 2021, NIMASA team, in company of Minister of State for Petroleum Resources, Chief Timipre Silva, took delivery of one of the two special mission aircrafts that form the last batch of the components of the Deep Blue Project. This signals the readiness for the take-off of the project and opening of a new chapter in Nigeria’s efforts at having its maritime environment fully secured.

Perhaps it is necessary to explain the functions of the components of the Deep Blue Project and how they are going to fit into the new maritime security architecture. The two Special Mission Vessels (SMVs) are equipped to remain at sea for up to 35 days before coming to berth. They check vessels that come into the country’s waters, capture evidence and monitor all illegal activities that go on in the waterways, such as dumping of toxic wastes, illegal fishing, smuggling and illegal oil bunkering.

The two Special Mission Aircrafts (SMA) perform the same functions as the SMVs, but in the air. They can fly and take evidence of activities in Nigeria’s waters from the air. The aircrafts are fitted with high-tech systems, with capacity to take evidence, through pictures, of activities that go on in the waterways day and night and forward them to the C4i Centre.

The four UAVs are designed to ensure a sustainable, round-the-clock surveillance from the sky, providing real-time information to allow for timely actions to be taken to keep the country’s maritime environment safe. Two of the UAVs will be on the vessels, while the other two are to be on the armoured vehicles to be deployed for any kind of operation, especially illegal activities, that take place on land and in the sea. They can take evidence from a distance as far as 100 kilometers.