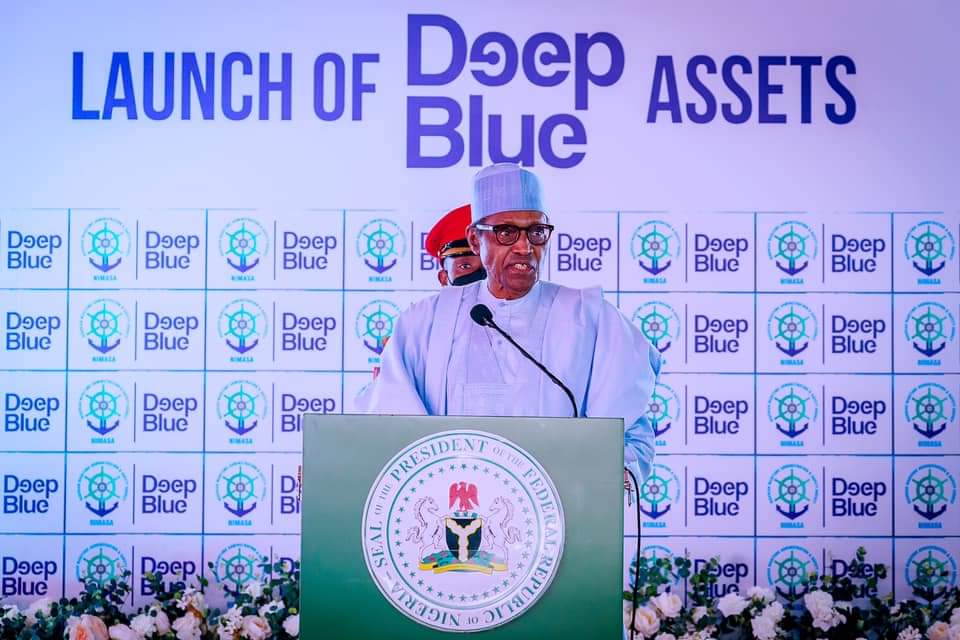 The Integrated National Security and Waterways Protection Infrastructure of the Nigerian Maritime Administration and Safety Agency (NIMASA), popularly known as the Deep Blue Project, has finally become a reality. With its official inauguration by President Muhammadu Buhari on Thursday, June 10, 2021, the process of fully guaranteeing the safety and security of Nigeria’s maritime space, including its exclusive economic zones up to the Gulf of Guinea, has assumed a new momentum. This is because the project represents the final phase of the overall strategy of tackling piracy and all other forms of maritime criminality in the country’s waterways.

With the Deep Blue Project, Nigeria is adequately equipped to play the leading role that is expected of it in a region where it accounts for about 70 per cent of maritime trade.

The project, the first of its kind in the annals of maritime security in Nigeria, is a mechanism that is designed by NIMASA to enable it to manage, control and protect the country’s maritime environment. It is one of the many initiatives which the agency has put in place to make Nigeria’s waterways secure and safe for maritime activities to thrive, for the betterment of the country’s economy and that of the entire Gulf of Guinea.

On the surface, the project would appear to be all about assets and platforms. But then, these cannot, by themselves, address the challenge of maritime insecurity in the country. Having enough assets and platforms through which piracy can be reduced by early detection or arrests – where crimes have been committed – is not enough if there is lack of capacity to prosecute those arrested at sea for committing maritime offences.

It is against this background that one must consider the relevance of the Suppression of Piracy and Other Maritime Offences (SPOMO) Act of 2019, which has revolutionized the fight against insecurity in Nigeria’s waterways. Thanks to the new law, it is now possible to prosecute maritime cases in court. This is something that was a near impossibility in the past, because of the difficulty of providing evidence in court for offences that were committed on the high seas.

The SPOMO provides guidelines and makes prosecution of maritime offences quite feasible. With this law, it has been possible for NIMASA to have violators of maritime laws arrested, prosecuted and sentenced to various jail terms. The uniqueness of this law, being the first of its kind in the Gulf of Guinea, has made it a model which other African countries are finding worthy of adoption.

A major component of NIMASA’s maritime protection infrastructure is the strategic partnership it has forged with international organizations for the overall objective of protecting Nigeria’s waterways. This has, no doubt, helped in the effort to improve our regional approach to solving maritime challenges in the area. The success of this initiative is evident in the fact that we are beginning to witness a new era of proper coordination, meaningful collaboration and productive cooperation with these organizations. For instance, NIMASA is working more closely with the International Maritime Organization (IMO) for the purpose of restoring sanity to the country’s maritime environment. Perhaps there can be no better proof of the support and encouragement NIMASA has received from IMO than the endorsement of its efforts at tackling criminality in Nigeria’s coastal corridor by the Secretary General, Mr. Kitack Lim.

The current administration at NIMASA set up the Maritime Intelligence Unit (MIU) for the purpose of achieving a better and more proactive approach to understanding and properly profiling the behavioural and operational patterns of young people involved in maritime crime. The existence of this unit has given NIMASA the capacity to use the carrot and stick approach to intervene in a meaningful way in helping young people who are susceptible to being recruited into piracy, especially those living in the coastal areas.

With the Littoral States Cooperation of Nigeria programme, a new partnership involving NIMASA and the eight littoral states of Akwa Ibom, Bayelsa, Cross River, Delta, Lagos, Ogun, Ondo and Rivers is emerging. The partnership, NIMASA’s brainchild, is aimed at forming a common front with the states to deal with issues of piracy before they occur.

In order to realize the objective of keeping Nigeria’s waterways safe and secure, all hands must be on deck. This informed the establishment of the NIMASA Joint Industry Working Group to provide a window of opportunity for maritime industry operators to regularly engage with the agency on issues that relate to maritime safety and security. The monthly forum of this group provides opportunity for robust and candid interaction with critical stakeholders such as BIMCO, Intercargo and InterTanko, among others, to contribute to shaping policies that have impacted on maritime security strategies, as well as protection of seafarers. An important milestone that has resulted from this partnership is the new framework for jointly fighting piracy in the Gulf of Guinea, co-chaired and signed by the Inter-regional Coordinating Centre, Yaounde, Cameroun and the Nigerian Navy/NIMASA, known as GOG-SHADE.

It bears mentioning that since the deployment of the Deep Blue Project assets in February, 2021, there has been a continued decline in cases of piracy on Nigeria’s waterways, on a monthly basis.