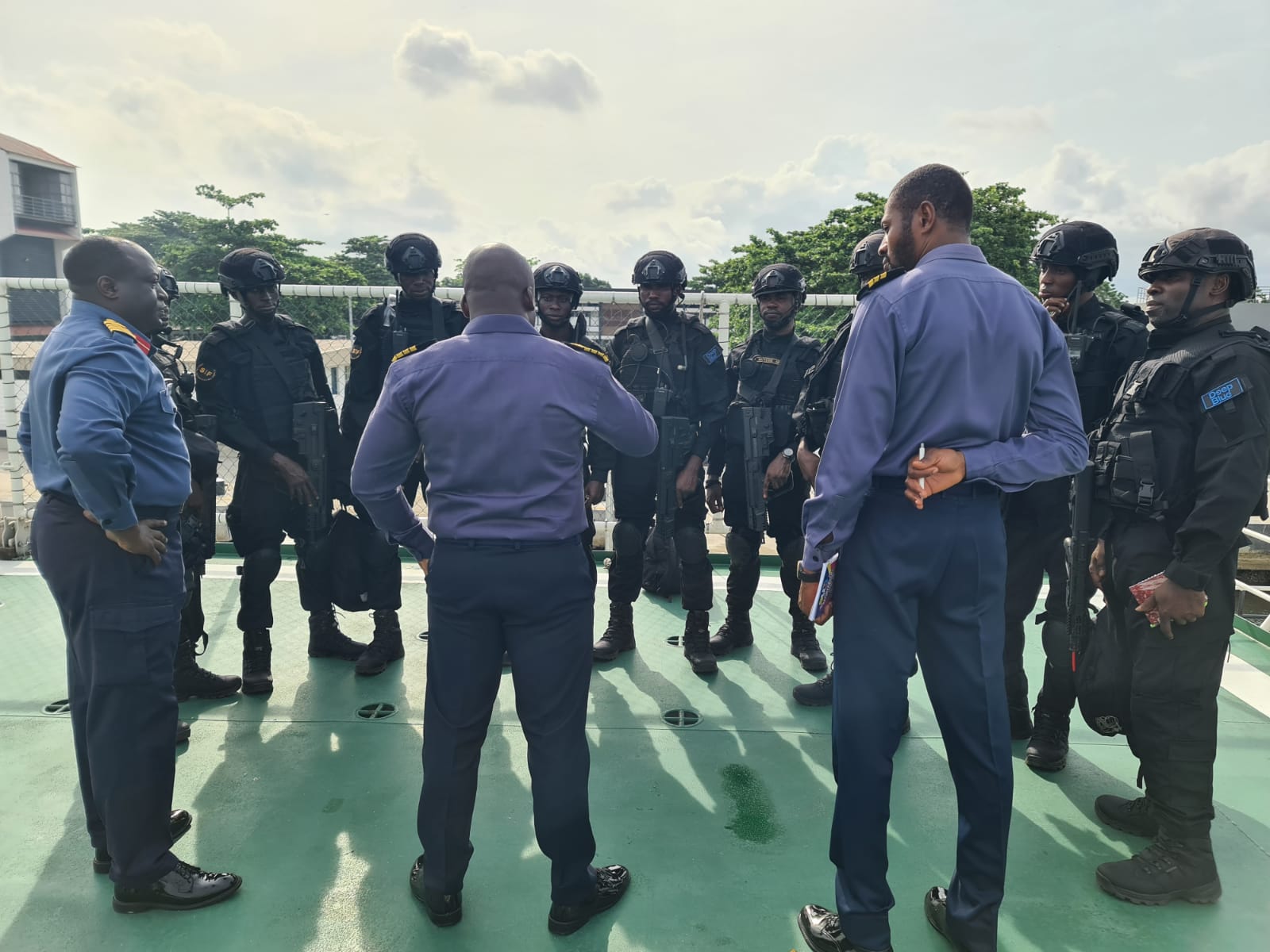 The relative success that has been recorded in the last five months in the fight against insecurity in the Nigerian maritime environment is proof of what could be achieved when a collaborative approach is adopted in tackling a common problem. It is evidence of the result of teamwork by stakeholders, with each playing its own role as a vital link in the chain or an important part of the whole.

The Nigerian Maritime Administration and Safety Agency (NIMASA) rolled out the Integrated National Security and Waterways Protection Infrastructure, otherwise known as the Deep Blue Project, in February this year to tackle headlong maritime crimes like piracy and armed robbery that had for many years given the Gulf of Guinea, of which Nigeria is a part, the unenviable tag of the least secure and unsafe maritime environment in the world.

The evidence so far shows that there has been a significant decrease in the crime rate in the country’s waterways, a development that can correctly be attributed to the implementation of the Deep Blue Project – a project like no other in the annals of Nigeria’s maritime security endeavours.

It is important to note that though a baby of NIMASA, the agency cannot possibly execute the project all by itself. For instance, the agency does not bear arms, which is a critical component of all that is needed to fight in an environment where the enemy is usually armed to the teeth with the most sophisticated weapons; an environment where the dynamics of the fight could be quite unpredictable and requiring of the deployment of the most modern technology, using specially trained personnel.

Though it has recorded significant progress from the time it was introduced, the Deep Blue Project is a strategy that is a work in progress – but with finishing touches being put to it. At the moment, what would be the organogram of the project is still being finalised, from the coordinator down to the lowest participant. It is designed to accommodate the three armed services – Army, Air Force and the Navy – as well as the Police and the Department of State Services. It is going to be evidence of what could be achieved when there is spirit of togetherness in the pursuit of a common goal.

The Deep Blue Project has an operational headquarters from where it is being coordinated, with the agencies playing their roles that are clearly spelt out according to their capabilities and designated functions. For instance, while the Special Mission Aircraft (SMA) will be manned by Air Force pilots, the Army will be in charge of armoured tanks, with the Navy manning the Special Mission Vessels (SMV), fast-moving interceptors, Special Mission Helicopters (SMH); while also continuing in its role of manning the Maritime Guard Command (MGC), a centre that is domiciled in NIMASA headquarters for the harmonization of the training procedures and guidelines involving the agency and the Navy, among other functions. This is to ensure the training procedures and guidelines meet the standards required for certification by the International Maritime Organization.

Participants from the agencies will be expected to assume their responsibilities once the organogram, which is currently being finalized, is approved and comes into operation.

The C4i Centre of NIMASA currently epitomizes the all-embracing strategy for the participation of all the agencies in the Deep Blue Project, where the Army, Navy and the Air Force are collaborating to make it achieve its desired objective, without any issues, either in terms of operation or relationships involving personnel.

But while we await completion of work on the organogram, its approval and becoming operational, the collaboration involving NIMASA and the country’s armed forces, notably the Navy and the Army, Airforce and intelligence services, particularly the Department of State Services (DSS), as well the Police, is worth commending. It is a collaboration that has produced perhaps the highest degree of synergy in tackling the challenge of keeping the Nigerian maritime ecosystem safe for economic and social activities, with results to show. This is more so as the official launch of the project by President Muhammadu Buhari on June 10, 2021, has given impetus to the fight against all forms of crime in the country’s maritime environment.

Last week, we looked at the Memorandum of Understanding signed between NIMASA and the Navy in April 2017, for cooperation in various areas including promotion of maritime security and safety, prevention of marine pollution, search and rescue operation, anti-piracy, illegal ship-to-ship transfer, illegal fishing and illegal bunkering, as well as rapid response to distress alert. It is necessary to commend the roles of other strategic partners in the Deep Blue Project collaboration, and how they are working to achieve the collective objective of keeping Nigeria’s waterways safe and secure.

The role of the Police is central to the success of the Deep Blue Project, especially in the prosecution of maritime offences in the court of law. While other agencies like the Army, Navy and DSS can effect the arrest of suspected criminals, the Police is the only agency with the statutory responsibility to prosecute such cases. The Police played this role exceptionally in the successful prosecution of 10 criminals that were convicted at the Federal High Courts in Lagos and Port Harcourt, thanks to the Suppression of Piracy and Other Maritime Offences (SPOMO) Act of 2019. Worthy of mention is the fact that out of 27 pirates that were apprehended in the country’s waterways in 2020, the Marine wing of the Police in Port Harcourt accounted for 17.

With all hands on deck, the Deep Blue Project is going to provide the security architecture that is needed to change the narrative of the Nigerian maritime environment covering up to the Exclusive Economic Zone, including the Gulf of Guinea. Hopefully, that would lead to a change in perception concerning security in the region, thus forcing foreign underwriting firms to take a second look at the very high premium they charge on Nigeria-bound cargoes.