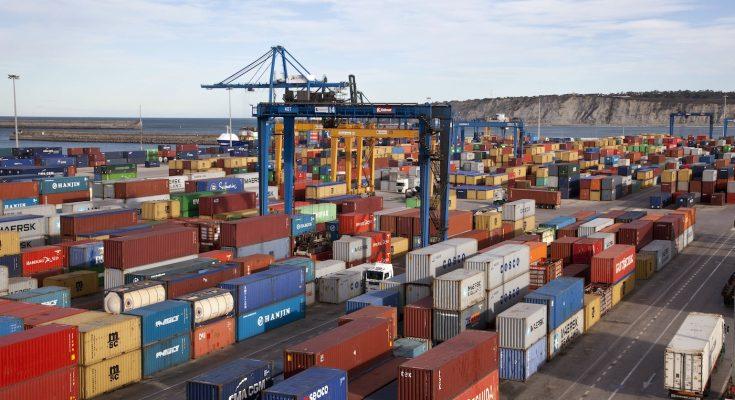 The issue of port utilization in Nigeria has continued to dominate conversations within maritime circles, and will remain on the front burner for some time to come. The conversation borders on the preference for the two Western ports at Tin Can Island and Apapa by importers, and the seeming neglect and obvious underutilization of Eastern ports in Port Harcourt, Onitsha and Calabar.

The impression has often been created by port users that preference for the two Lagos ports has to do with availability of facilities and security. This explains why importers in the eastern part of the country bypass the three ports that are close to them to come to Lagos to clear their goods and transport them on land, sometimes not minding the security risk involved. Some that are not sufficiently informed even think it is the government that decides the ports importers should patronize.

While it may be true that the two premier ports in Lagos have facilities that are not available elsewhere in the country, the point must be made that the ports in Port Harcourt, Onitsha and Calabar have facilities to handle certain categories of imports in terms of size, which makes it unnecessary for importers to come to Lagos. And in terms of security and safety, the Nigerian Maritime Administration and Safety Agency (NIMASA) is working to make the country’s maritime ecosystem secure and safe for activities that are usually associated with it, including movement of imports to all the ports in the country.

It must be understood that the issue of utilization of facilities and infrastructure at the nation’s ports is not within the purview of the federal government. The government does not choose for port users which of the ports or infrastructure they should use. The choice is entirely that of port users.

If, as an importer, you are going to utilize a port, it is within your purview to decide where your goods would go. If you know the Apapa Port or Tincan Island Port is not safe for you to direct your cargo from the port of origin, you have the right to designate where you want to receive your cargo. Government cannot insist that you as an importer must use Calabar Port or Port Harcourt Port.

The government can introduce certain incentives for shippers, to encourage the use and full utilization of the infrastructure and facilities it has provided. It is for a cargo owner to decide, for instance, to use the Calabar Port if, in his consideration, it is a safer, cheaper, faster, more effective and efficient port where he can receive his cargo.

The issue of utilization of western ports more than the eastern ports is basically a matter of choice. Common sense dictates that if you are trading around Onitsha and you discharge your cargo in Port Harcourt, it is far easier to move it from Port Harcourt to Onitsha. Or, if you are a businessman in Aba, Abia State and you discharge your cargo at the Port Harcourt port, you will be able to move it in one and a half or two hours to Abia.

On the other hand, if the cost of clearing cargo at the western zone is cheaper than Port Harcourt Port, the issue of safety of clearing at the western ports and driving down to Aba, Abia State, or Onitsha, will certainly come into play. Nobody will joke with the safety and security of his investment because he wants to patronize the ports that are cheaper or closer to him.

The government owes it a duty to provide the necessary incentives and favourable policies. Not quite long ago, the Managing Director of the Nigerian Ports Authority (NPA), Hadiza Bala-Usman, introduced a rebate of between 10 per cent and 15 per cent for importers that utilize the ports in Port Harcourt, Calabar and Warri. An investigation would reveal that importers are not willing to use those ports, even with the huge discount.

There is the issue of cost. The cost of clearing and handling cargo at the eastern ports is higher than what obtains at the Apapa and Tin Can Island. However, there are various committees set up by the government, as well as the National Assembly, to see what can be done to get these ports patronized. That is essential for the development of the country’s maritime sector.

It is a problem that must be addressed, and the process has to be gradual. It is safe to say that we are getting there. For instance, we now have the collective connectivity of alternative routes, by road or utilization of inland waterways. Recently, the Managing Director of the National Inland Waterways Authority (NIWA) flagged off the first cargo to be transported using the Lagos-Onitsha inland waterways route. The use of inland waterways for transportation of cargo is going to be safer, cheaper and easier to handle. We are working hard to succeed so that waterways transportation of cargo can be much cheaper and easier, more effective and efficient for us to operate.

With the synergy involving the major actors in the country’s maritime security architecture – NIMASA, Nigerian Navy, Police, Department of State Services and other stakeholders – being worked out, the goal of making the country’s maritime space safe and secure is going to be achieved in the shortest time possible. This is going to give a boost to, and encourage greater use of, the alternative route of inland waterways for transportation of cargo cleared from the Lagos ports to other parts of the country that can be approached by water, including the eastern part of the country.

This, however, is not a substitute for patronage of the eastern ports, which all have great potential for boosting the nation’s economy and creating more jobs.