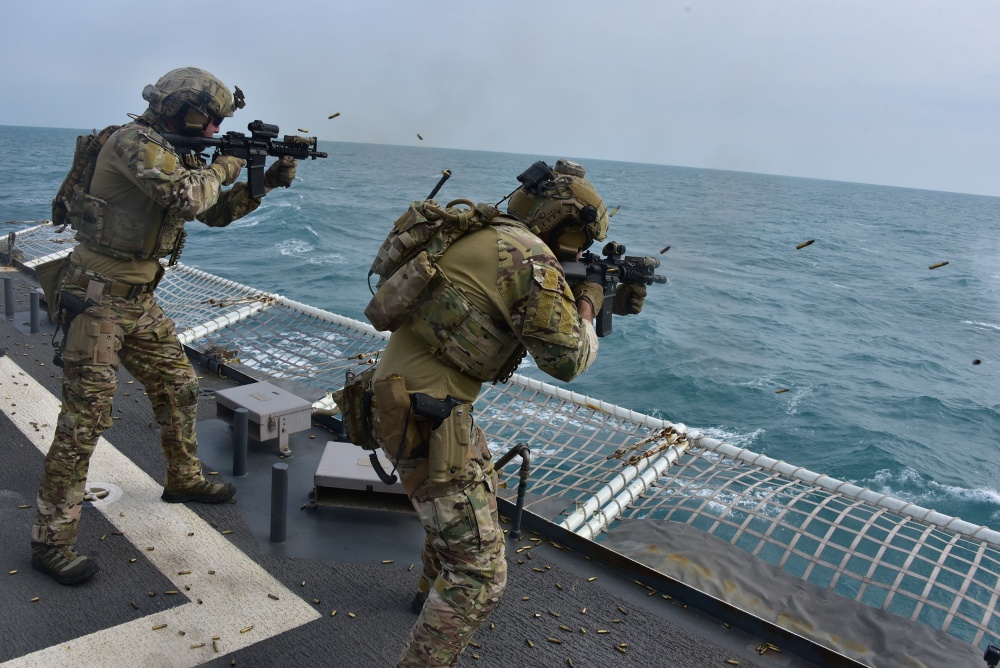 Commercial intercourse or trade among nations of the world has been growing in volume, value, and sophistication over the years. Interestingly, over 80 per cent of world trade is seaborne. This suggests that the maritime environment is the proverbial goose that lays the golden egg with respect to world trade. Therefore, there must be security around this goose to ensure that nothing untoward happens to it. Little wonder, therefore, that the issue of security has continued to dominate discussions among maritime stakeholders. Needless to say that security is arguably the most important factor in, and pivotal to, the operations in the sector.

As an important member of the comity of trading nations, the issue of maritime security is not lost in Nigeria. However, for many years, the high rate of piracy in the waters between Nigeria and the Gulf of Guinea gave the international community the wrong perception of an area that is not only the least secure but the most dangerous point for shipping in the world. Added to this perception was an equally wrong impression that the Nigerian government was not doing anything to stem the tide of maritime insecurity in the region.

The consequence of this perception is that freight charges on cargo coming to Nigeria are today the highest in the world. What this means is that on a daily basis, every Nigerian pays for the cost of insecurity between Nigeria and the Gulf of Guinea.

It is important to note that piracy did not originate from Nigeria, although, admittedly, it is a major issue in our territorial waters. The good thing is that we are getting to the root of the problem with a view to finding a lasting solution to it.

Nigeria’s position as the strongest nation in the Gulf of Guinea makes other countries in the region look up to her for leadership and assistance when it comes to combating piracy. That is why we have to approach maritime security from our own territorial waters, and then escalate it to other countries within the region.

In June 2019, President Muhammadu Buhari signed into law the Anti-Piracy Bill, sending a clear and bold message to the world that Nigeria is ready to tackle headlong the menace of piracy. The historic step made Nigeria one of the first countries in the world to have a separate law for trying pirates. It sent a strong signal to the international community that the Nigerian government is not sleeping and, to the criminals, the country’s waters were no longer safe for their nefarious activities.

Before the enactment of the anti-piracy law, it was difficult to prosecute pirates for the simple reason that arrests are made at sea, with little or no chance of producing exhibits in court. Moreover, there were no guidelines to follow. Now, with a law in place, it has become possible to develop guidelines to fast-track prosecution of suspected pirates in the court of law.

The Anti-Piracy Act provided the impetus the Nigerian Maritime Administration and Safety Agency (NIMASA) needed to chart a new course in the provision of security in our maritime environment. The first consideration of the current administration in NIMASA shortly upon assumption of office in March 2020, was the issue of synergy among the major actors in the country’s maritime security architecture – the Department of State Services, Nigerian Navy, Nigeria Police, and other stakeholders. There was the need to know how each agency responds to security challenges and the results that could accrue from collaboration.

This synergy has proved to be very fruitful. About 156 personnel from the Nigerian Navy, Police, NIMASA, Nigerian Ports Authority, and the Office of the Attorney General of the Federation and Minister of Justice have been trained on new techniques for managing the maritime environment. This includes understanding the reporting line in maritime security, and where to report any case of piracy. And when there is a report, the responding agency must have the platform and infrastructure to respond to it. The exercise also involves, very importantly, training of the Police who have the responsibility to prosecute piracy cases in court.

Within the first three months in the life of the current NIMASA administration, the Navy apprehended 10 pirates, while the marine Police in Port Harcourt arrested 17 pirates, bringing the total to 27. The investigations that followed yielded a startling revelation of collaboration between local and international criminal organizations. This suggested the need to engage the international community in the effort of creating a safe and secure maritime ecosystem in the Gulf of Guinea. In doing so, the creation of working groups comprising international stakeholders with the approval of the International Maritime Organization (IMO) became important. These stakeholders include Intertanko (group of tanker vessels owners); Inter-cargo (group of cargo owners that trade around the world); oil multinationals; The International Chamber of Shipping (ICS); Baltic and International Maritime Council (BIMCO), one of the largest international organizations of ship owners in the world.

The working group which is chaired by NIMASA meets every month, with representatives of the Navy, Police, Federal Ministry of Transport, and other stakeholders in attendance. At the meetings, issues of common interest are discussed and solutions proffered, while each group takes away resolutions and procedures that would guide their members regarding the security of Nigeria’s waterways.

The game-changer in the effort to secure Nigeria’s maritime environment is the policy intervention known as the Deep Blue Project. This project embodies various platforms for fighting maritime insecurity. Under this project is the C4i Centre, which oversees Nigeria’s territorial and exclusive economic zones through a satellite system. This project is on the verge of being realized by the importation of two Special Mission Vessels named DB Abuja and DB Lagos, 17 fast-moving intervention boats for launching Special Forces to interdict at points of attack in our waters; two special mission aircraft, an unmanned air vehicle, three helicopters, and 16 armoured vehicles for follow-up operations on land around our coastal areas.

NIMASA has so far received about 85 per cent of the equipment for the Deep Blue Project, despite the fact that Coronavirus pandemic has delayed delivery of the other equipment, as well as training of staff in Germany and South Africa. Nonetheless, the nation is expected to witness the full deployment of these assets and personnel by the end of the first quarter of 2021.