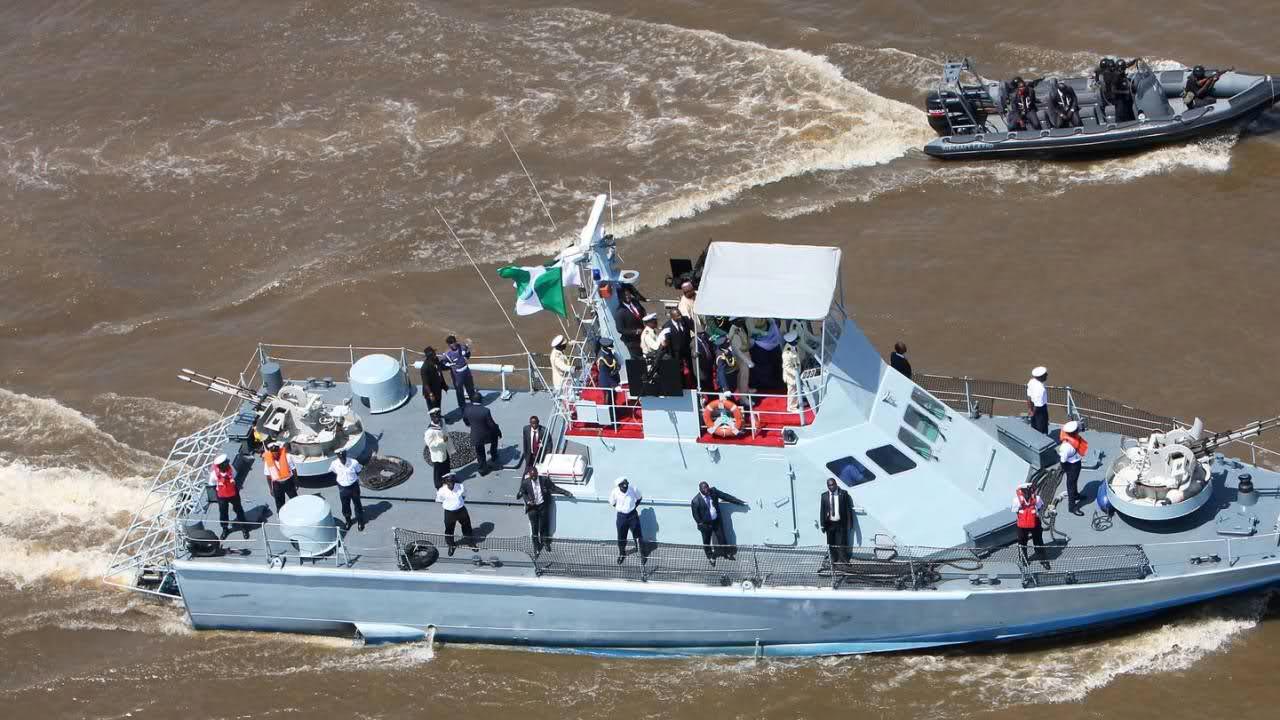 The Nigerian Maritime Administration and Safety Agency (NIMASA) has responsibility for the promotion and development of indigenous commercial shipping in international coastal shipping trade; promotion of maritime security and safety, as well as maritime labour, and prevention of marine pollution.

The agency also provides national maritime search and rescue; air and coastal surveillance; directions and ensuring of compliance with vessel security measures, and inspection of ships for security and safety purposes.

The nation’s entire maritime space for which NIMASA is mandated to provide security and safety is fraught potentially with unique and oftentimes unpredictable security challenges that require the use of arms to contain. But the agency does not bear arms, yet, cannot go to sea hoping to engage pirates and other criminals in friendly discussions. Any effort by an armless NIMASA to fight insecurity in the Gulf of Guinea would be tantamount to deliberately exposing its personnel to danger.

There was the need to fill the gap created by its inability to carry arms. It became necessary, therefore, to partner with a security agency with deep knowledge of the maritime environment and hands-on experience in dealing with sea criminals, to enable NIMASA to execute the mandate as contained in the law that set it up.

On Wednesday, April 19, 2017, NIMASA and the Nigerian Navy signed a Memorandum of Understanding for cooperation in the promotion of maritime safety and security; prevention of marine pollution; search and rescue operation, as well as intelligence gathering. Other areas of cooperation are enforcement of actions that include anti-piracy, theft, illegal ship-to-ship transfer, illegal fishing and illegal bunkering, as well as rapid response to distress alerts.

The mandate of NIMASA and the Nigerian Navy are interwoven. NIMASA is not an arms-bearing agency, and therefore needs the Navy in that regard. On its part, the agency must provide the platforms for the Navy to be able to discharge its mandate effectively for the common objective of keeping the country’s waters safe and secure.

The commencement of the cooperation saw NIMASA setting up the Maritime Guard Command, a centre for the harmonization of the training procedures and guidelines involving it and the Navy, to ensure they meet the standards required for certification by the International Maritime Organization (IMO).

At NIMASA, priority attention is given to the training of the workforce. Educational assistance is also extended to non-staff of the agency, including the Navy, whenever the need arises and there is opportunity. This is geared towards building capacity for the maritime sector. The inclusion of the Navy in this training is borne out of the fact that it is not possible for NIMASA to achieve its mandate without the Navy’s support.

Indeed, the relationship between NIMASA and the Navy predates the formal signing of the MOU, which culminated in the setting up of the Maritime Guard Command that is domiciled in the agency but manned by naval officers.

There is, perhaps, no other area in which the cooperation between the two agencies is more manifest and potentially more impactful on the country’s maritime security than the Integrated National Security and Waterways Protection Infrastructure, otherwise known as the Deep Blue Project, which became operational in February and was officially launched by President Muhammadu Buhari on Thursday, June 10, 2021.

The project is a security platform that integrates activities, through the use of technology, from assets owned by three different agencies to make the fight against maritime crime a lot easier and more result-oriented, for the purpose of making Nigeria’s maritime space, including the Exclusive Economic Zone up to the Gulf Guinea, safer and more secure.

These are the C4i Centre of NIMASA, Falcon Eye of the Navy and C3-Eye Centre of the Nigerian Ports Authority.

Since April, this year, NIMASA and the Navy have been working to put in place an information-sharing arrangement that would integrate the C4i Centre with the Falcon Eye for easy monitoring of activities at sea.

The involvement of the Navy in the Deep Blue Project is very crucial to its success and the achievement of the overall objective of stemming insecurity in the Gulf of Guinea. Apart from its contribution of the Falcon Eye to the project’s platform, crucial assets like the Special Missions Vessels and aircraft are to be manned and commanded by naval officers.

It is also important to mention that some of the equipment being used for the project are stored at the Naval base.

There is a deliberate effort to increase the cooperation between the Navy and NIMASA’s Hydrography Unit with regards to charting the country’s waters and mapping out of wrecks, to ensure safe and unhindered navigation in the waterways.

Since the signing of the cooperation, the two agencies have continued to work hand-in-hand to bring about a safer and more secure maritime environment that would allow activities that are associated with water to thrive. The Navy has done an excellent job of providing the arms component of the fight against piracy and needed security backup.

A total of 27 pirates were apprehended in the country’s waters last year, with the Navy accounting for 10. Ten criminals – seven Nigerians and three foreigners – have so far been convicted at the Federal High Courts in Lagos and Port Harcourt, courtesy of the Suppression of Piracy and Other Maritime Offences (SPOMO) Act of 2019, which has provided the legal teeth that are needed to fight piracy and other forms of crime in the Nigerian maritime space.

The benefit of the cooperation between NIMASA and the Navy will become more manifest in the continuous reduction of crime in the Nigerian maritime space as we go along.