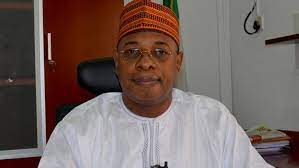 The emergence of Dr. Paul Adalikwu, a Nigerian, as the Secretary-General of the 25-member Maritime Organization of West and Central Africa (MOWCA) comes with a lot of implications for the country in particular, maritime business in the Gulf of Guinea and, indeed, the international maritime community in general.

First of all, it re-affirms Nigeria’s leading role in the region where it is the biggest player, accounting for about 75 per cent of the maritime trade that takes place. It underscores, as well, the responsibility the country is expected to carry in the effort at removing the obstacles that have impeded maritime business in the region, to enable it to benefit optimally from participation in world maritime business.

However, despite Nigeria’s influence in the Gulf of Guinea and immense material contributions to the sustenance of MOWCA, the assumption of its leadership has not come on a platter of gold, nor has it been a walk in the park. It has taken the involvement of the country’s highest level of political leadership – President Muhammadu Buhari – with Rt. Hon. Rotimi Chibuike Amaechi and Senator Gbemi Saraki, Minister and Minister of State for Transportation, respectively, as well as contributions from the Ministry of Foreign Affairs, heads of Nigeria’s maritime agencies and the diplomatic corps in the member-nations of MOWCA for Nigeria to assume headship of the 46-year old organization.

There couldn’t be a more auspicious time for Nigeria to be in the saddle in an organization that is pivotal to the achievement of the objective of championing the interests of the Gulf of Guinea, regarding international maritime business.

The world is still struggling to grapple with the Covid-19 pandemic that literally grounded economies globally in 2020, with the shipping industry, which accounts for 60 per cent of world trade, taking the biggest hit. The region has for many years suffered the stigma of being labelled the most unsafe and least secure maritime environment in the world on account of the high rate of piracy and other maritime crimes that were carried out in the region.

Nigeria’s headship of MOWCA is therefore an opportunity for it to lead the effort in eliminating the two related issues that have hampered maritime business in the Gulf of Guinea, namely, insecurity and the wrong perception the international shipping community has of the region. The emergence of Dr. Adalikwu as Secretary-General of MOWCA must therefore be viewed against the background of the efforts the country has almost single-handedly made in the past three years to address those issues – efforts that have, thankfully, begun to yield fruits.

The country took the major step of tackling insecurity in its waterways up to the Gulf of Guinea with the rollout, by the Nigerian Maritime Administration and Safety Agency (NIMASA), of the Integrated National Security and Waterways Protection Infrastructure, otherwise known as the Deep Blue Project in February 2021. With the instrumentality of the Suppression of Piracy and Other Maritime Offences Act of 2019, the project achieved a 77 per cent reduction in maritime crimes in the country’s territorial waters and, by extension, the Gulf of Guinea, in the first nine months of 2021, a feat that has been duly acknowledged by the International Maritime Bureau (IMB).

The campaign to end the high war risk insurance on Nigeria-bound cargoes by offshore underwriting firms is currently being championed by NIMASA. The aim is to ensure that the country does not continue to bear the brunt of the stereotyped view, by the international shipping community, of the Gulf of Guinea as the most unsafe and insecure maritime region in the world, which has impacted negatively on its economy. This view has seen Nigerians paying exorbitantly for imported goods and locally manufactured goods with imported inputs.

Now, with Nigeria’s position in MOWCA, it will be possible for it to push for more inclusiveness and collaboration among member countries of the organization in the fight against insecurity, which has remained the bane of maritime activities in the region. For instance, maritime crime is said to have cost countries in West Africa an estimated $2.3 billion dollars between 2016 and 2019.

In June 2013, the 25 countries within ECOWAS, ECCAS and the Gulf of Guinea signed a joint declaration in Yaoundé, Cameroun, known as the Yaoundé Architecture, to allow for collaboration among the countries in the fight against piracy and all forms of maritime criminality in their territorial waters. The Yaoundé Architecture for Maritime Safety and Security (YAMSS) brought about the establishment of the Inter-regional Coordination Centre (ICC Yaoundé), with the Regional Maritime Security Coordination Centre for West Africa (CRESMAO) in Abidjan, Ivory Coast and the Regional Maritime Security Centre for Central Africa in Pointe-Noire, Congo (CRESMAC). The structure was set up to facilitate information and intelligence sharing and coordination among member states, with the active support of the European Union.

Nigeria is now in a position to galvanize support and full participation of member-states of MOWCA in the various initiatives that are aimed at eliminating the obstacles that have not allowed them to benefit fully from opportunities that abound in the maritime sector. This would allow for full implementation of the policies of MOWCA, which include, “port development and facilitation with particular reference to achieving a cost-effective faster ship turnaround times and creating special berths and conditions for landlocked countries, coastal/feeder shipping in MOWCA ports; strengthening of service-oriented shippers’ councils to effectively protect and represent the users or the demand side of the shipping industry; maritime safety and environmental protection; enhancement of efficiency of maritime administrations; the implementation of flag state control measures and regional Memorandum of Understanding (MOU) on port state control.”

Full implementation of the aforementioned policies which Nigeria will be able to champion would eliminate the impediments the region has faced for decades, to allow maritime activities to thrive. There is a high possibility that effective collaboration among member-states of MOWCA could bring about a paradigm shift in the manner the international shipping community views and treats the region. This would allow countries in the region to play on the global maritime stage, for the benefit of their economies and their peoples.