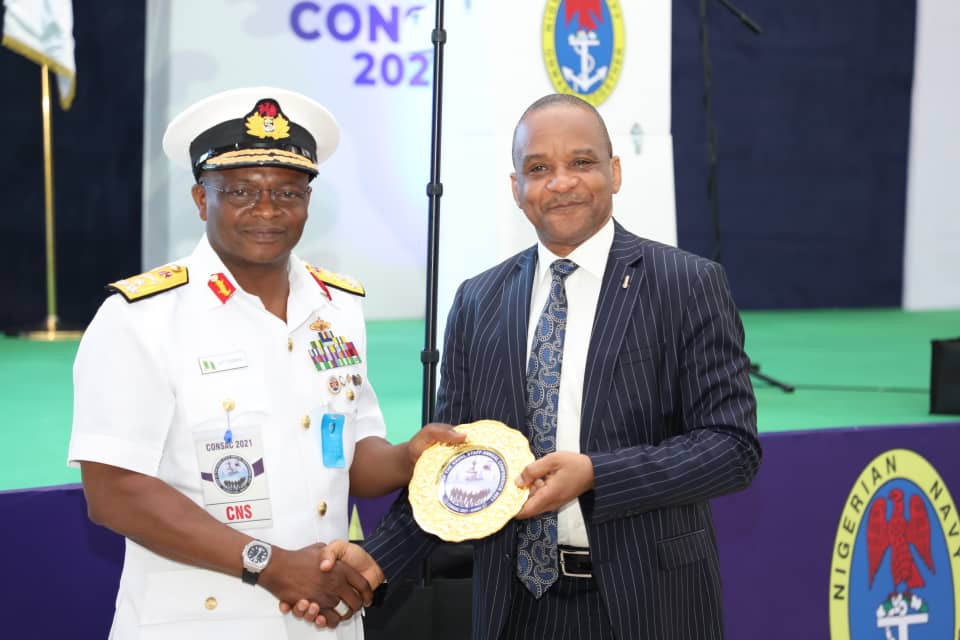 The Gulf of Guinea (GOG) where Nigeria is the dominant player accounting for more than 70 per cent of trade has for many years remained, in the eyes of the international maritime community, the most dangerous shipping area in the world, accounting for most of the maritime kidnappings globally.

The negative consequences of this for Nigeria, its economy and its people are legion. The economic cost of maritime insecurity is very pronounced in Nigeria, perhaps more than in any other country of the world. For instance, while the economic cost of piracy and other maritime crimes in Asia was estimated at about $1.4 billion as of May 2018, the estimate for West Africa was about $818.1 billion, Nigeria took the lion’s share of this amount.

There is also the fact that Nigeria-bound goods attract the highest war risk insurance premium paid anywhere in the world, which manifests in the exorbitant costs paid by Nigerian consumers on imported goods and locally manufactured goods requiring imported raw materials; unquantifiable losses to the country’s oil and fishing industries, as well as regular ransoms paid to pirates and other sea criminals. Others are huge sums spent on security; re-routing of ships that would otherwise have passed through the region, as well as high cost of security escorts.

Nigeria’s capacity to explore other economic opportunities that the maritime industry offers is greatly hampered due mainly to insecurity. These opportunities include ICT infrastructure development for the maritime sector, fishing, maritime tourism, etc.

The insecurity in the GOG, including piracy, has a serious impact on its human resources, and revenue from the maritime sector. For instance, on a global level, the United Nations Office of Drugs and Crime (UNODC) reported that its global maritime programme which began in 2009 with about $2,000 and was targeted at piracy in Somalia has increased to over $200 million in the effort to provide capacity building and support for legal reforms, maritime training campuses, and many more. Nigeria bears the brunt of this untoward development in the GOG because piracy attacks have a high frequency of occurrence in its Exclusive Economic Zone.

This ugly situation calls for increased collaboration of all stakeholders in the maritime sector for the purpose of tackling the menace of insecurity in the entire GOG. A holistic framework is the best approach to addressing maritime insecurity in the region. The vast nature of Nigeria’s wet and dry ports makes the need for collaboration all the more compelling. This is because an attempt to work in isolation would only overstretch human resources and also increase the wear and tear of technological resources.

A major economic loss that stares Nigeria in the face of maritime insecurity is not tackled with a systematic approach is the possibility of not benefiting optimally from the African Continental Free Trade Agreement that took off on January 1, 2021. A situation whereby ships bringing goods from other parts of the world return empty signals insecurity, as it sends a message of a weak export base, poor level of economic diversification and high unemployment.

On its part, the Nigerian Maritime Administration and Safety Agency (NIMASA) has embarked on several collaborative initiatives that are aimed at tackling insecurity in Nigeria’s maritime domain, up to the Gulf of Guinea. One of such initiatives is the Deep Blue Project, on which the agency is collaborating with the country’s armed forces, the police and intelligence services to tackle the menace of maritime insecurity in our waterways. The C4i Centre, the operational headquarters of the project, represents the all-embracing strategy for the participation of the Nigerian Army, Nigerian Navy, Nigerian Air Force, the Police and the Department of State Services to achieve the desired objective of the project without any issues.

Other efforts include community engagement in combating piracy, considering that piracy commences from the community; increased teamwork and collaboration between NIMASA and other stakeholders such as chief executive officers of maritime sector organizations and the Joint Maritime Industry Working Group, to ensure the ever-busy shipping routes through the GOG operate securely and safely.

The Suppression of Piracy and Other Maritime Offences (SPOMO) Act of 2019 has come in handy in providing the legal framework for addressing maritime insecurity in the country’s waterways. In order to further strengthen the collaborative value embedded in the Act, NIMASA has established the annual Admiralty Colloquium for regular training of judges in matters that are related to the maritime sector for effective jurisprudence. The first edition of the event was held in Lagos in April 2021 and had in attendance the Honourable Justice Monica Dongban-Mensem, the President of the Court of Appeal.

Nigeria must adopt a participatory approach to tackling maritime insecurity. This would involve working with other countries, for, it cannot achieve maritime security without bilateral, regional and international efforts. This is because maritime security expands geographically, with interconnections with different sectors and domains, in addition to the different legal and jurisdictional domains.

Working together is a sine qua non in the effort to defend the seas, enhance maritime security and safety, promote international trade, protect the environment and guarantee the quality of life of our people.