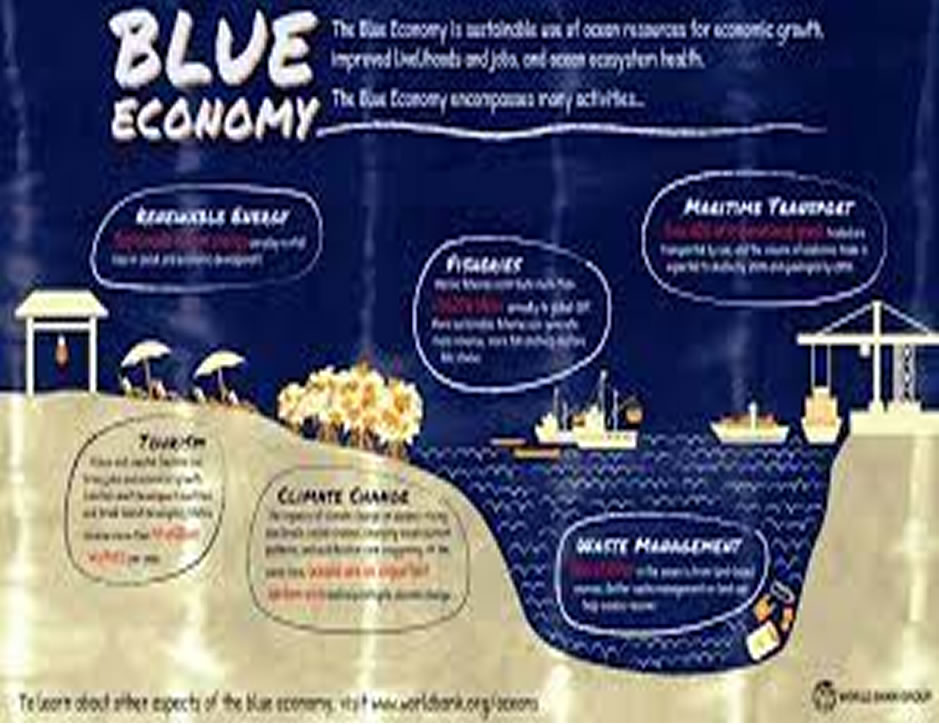 The effort by the current administration at the Nigerian Maritime Administration and Safety Agency (NIMASA) to drive the paradigm shift from crude oil to the Blue Economy is informed by the need to seek alternative sources of revenue for the country to what has been the traditional source for decades.

This is in line with the move by the federal government to diversify the nation’s economy and reduce, if not totally eliminate, dependence on oil as the major source of government revenue and foreign exchange.

The effort to shift attention from crude oil to blue economy is hinged on the fact that the nation’s maritime environment certainly has so much to offer, beyond oil and gas resources, or even fish and aquatic animals, which have yet to be discovered and exploited. To be sure, Nigeria’s waters – brown and blue – hold more minerals and other resources than we know. Unfortunately, these resources have been lying fallow over the years.

In order to bring the paradigm shift from crude oil to the blue economy to fruition, NIMASA has set up five groups that would work out modalities for a summit at which stakeholders in all the sectors that are relevant to the maritime sector, and even outside the sector but with deep knowledge of its workings, would brainstorm on the best ways to harness the country’s maritime assets for the benefit of Nigeria and Nigerians.

The fourth group – the Blue Economy Governance Working Group – would be populated by administrative experts that are committed to the entrenchment of values and due process that would guide the sustainable realization of the agenda for the nation’s blue economy. This group would be expected to design a framework for managing actions, conducts and activities that are related to the country’s waters, by way of jurisdictional, legislative, policy, documentation, implementation, monitoring and evaluation of mechanisms that are suitable to Nigeria’s maritime environment. This is in order to ensure they conform to global best practices, and are in line with the requirements of the International Maritime Organization (IMO).

Civil Society Organizations (CSOs) in the country will have the opportunity to participate in the activities of the Blue Economy Governance Working Group to make contributions in areas that are related to maritime advocacy. It is important for them to be part of this group because of the crucial watchdog role they play in every facet of our national life. They would be needed to help in the push to have in place mechanisms for constantly maintaining global best practices in activities that surround the blue economy.

The fifth group is the Blue Economy Environment Working Group. This group will be expected to focus primarily on proffering clear and practicable solutions that would cover the entire maritime environment as far as the development of the blue economy is concerned. The group would be expected to develop a framework for such activities as environmental advocacy, ecological impacts of shipping, global warming, protection and sustainable management of the environment. This, it would do, by addressing issues like pollution, resources that enhance the blue economy and food, as well as linkages to health, socio-economic wellbeing, hazards and climate change. It would also look at marine resources like renewable energy, eco-tourism, as well as conservation issues in marine-protected areas as they relate to maritime activities.

The Blue Economy, which NIMASA hopes to bring about through the instrumentality of the Merchant Shipping Act, the Cabotage Act and the NIMASA Act, would be achieved with the active involvement and cooperation of the littoral states, states that lie on the country’s coast of the sea under the umbrella of the Littoral States Cooperation of Nigeria (LISCON). They are Rivers, Bayelsa, Edo, Akwa Ibom, Cross River, Ondo, Delta, and Lagos.

The need to have littoral stares involved in the exercise is borne out of the fact that they bear the immediate negative impacts of the developments that occur in the seas, such as rising sea levels, ocean surge, pollution arising from oil exploration and production activities, and even the activities of maritime criminals. The agency has already begun engagement with the states, and results so far indicate that everybody is going to be on the same page on an issue that is bound to be economically beneficial not just to the states involved, but to the country at large.

Certainly, a booming blue economy will place Nigeria’s economy comfortably on the path of sustainable growth, growth that is bound to be inclusive, because many Nigerians will be involved in, and also benefit from, the various activities that it will bring about.