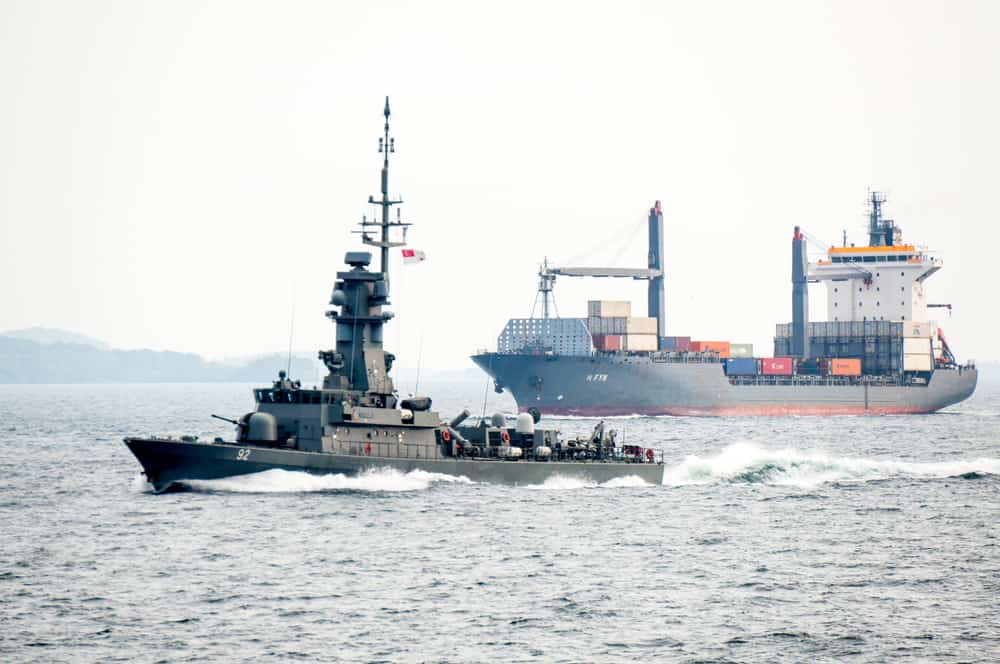 The reason underwriting firms around the world have given for the very high premium (the highest in the world) they place on cargoes coming to Nigeria has been the perception of the Gulf of Guinea as the most unsafe and least secure maritime environment in the world.

This has seen Nigerians paying very exorbitant costs for imported goods and raw materials, for the simple reason that about 65 per cent of the merchandise that passes through the region come into the country. What this means is that for each imported product; for each made-in-Nigeria product manufactured with imported raw materials, Nigerians pay a high price because of the insecurity in the Gulf of Guinea.

Today, however, it is a combination of both good and bad news for Nigerian consumers of foreign products, manufacturers of products that require imported raw materials, water transporters, fishermen and operators of marine-based businesses, etc.

The good news is that there’s a significant decline in the rate of piracy and other forms of criminality in the country waterways. This has been brought about through the execution of the Deep Blue Project, a collaboration involving the Nigerian Maritime Administration and Safety Agency (NIMASA), the Nigerian military, especially the Nigerian Navy, Nigerian Airforce, Nigerian Army. the Department of State Services and the Police, to fight criminality, using the most modern technology.

The bad news is that the reduction in crime rate in the country’s maritime environment has not reflected in the prices Nigerians pay for products, whether foreign or made-in-Nigeria with imported raw materials. This is because war-risk insurance on Nigeria-bound goods has remained high, not taking cognizance of the improved state of security in the country waterways.

While the war on maritime insecurity is showing signs of being worn, a different kind of war one with a direct impact on the Nigerian economy and consumers has continued to stare us in the face, namely, the unacceptably high war-risk insurance that foreign underwriters place on Nigeria-bound cargoes. In other words, there is still a long road to travel to get to the Promised Land where security in the waterways will translate into cheaper prices for imported goods and raw materials.

It is important to mention here that the war of the next phase goes beyond the Deep Blue Project and the partners that are involved. It is a war that requires the full and active participation of all stakeholders in the maritime industry; those whose businesses and activities are directly affected by the freight charges on cargoes that come into Nigeria; whose businesses and activities impact directly on the country’s economy, as well as Nigerian consumers. These stakeholders come under-recognized associations and bodies that have the wherewithal to contribute to the collective effort to wage this war, for the good of the country and its people.

They are the Manufacturers Association of Nigeria (MAN), the Lagos Chamber of Commerce and Industry (LCCI), Association of Nigerian Licensed Customs Agents (ANLCA), National Association of Government Approved Freight Forwarders (NAGAFF) and the Council of Managing Directors of Licensed Customs Agents (NCMDLCA). Others are the National Insurance Commission (NAICOM), Nigerian Chamber of Shipping, Nigerian Chamber of Commerce, Industry, Mines and Agriculture (NACCIMA), Nigerian Shippers Council and the Federal Ministry of Trade, Industry and Investment. There are others that have been inadvertently left out of this list, but which are equally important in the fight of this war.

The efforts of these associations would complement what NIMASA is doing to draw the attention of the international shipping community to the progressively changing security situation in the Nigerian maritime environment, which should necessitate a downward review of the freight charges on cargoes that come into the country. This fight requires a two-pronged approach. The first approach would see them acting individually, and would involve direct engagements with their foreign counterparts using different fora, for the purpose of bringing to their knowledge the rapidly improving security situation in the Nigerian maritime environment, which is reflected in the declining number of cases of piracy on one hand and, on the other, the fact that for the first time, it is now possible to convict maritime criminals in our courts. The latter has been made possible by the Suppression of Piracy and Other Maritime Offences (SPOMO) Act of 2019, which makes it possible for maritime offences to be prosecuted in a court of law. About 10 convictions for various maritime offences have so far been secured.

The second approach would be a joint effort involving the associations, perhaps in form of seminars that would seek to draw attention to the continuous damage the exorbitant war-risk insurance on Nigeria-bound cargoes is having on the various sectors of the country’s economy and its negative impact on the lives of Nigerians. Such events would have in attendance not just representatives of similar organizations in other parts of the world, but also the relevant maritime bodies including the International Maritime Organization, offshore shipping underwriting firms, including Beazley, the global insurance firm which has designed what it calls the Gulf of Guinea Plus, to provide for extra losses that may be incurred from unforeseen criminal activities in the region, international ship owners, etc.

We need to mount persistent pressure on the international shipping community to take a second look at the very unhealthy situation in which Nigeria continues to pay the highest cargoes premium in the world, just because of the wrong perception of the Gulf of Guinea being the most unsafe and least secure in the world would not go away, despite empirical evidence that proves the contrary.

In 2020, the Oceans Beyond Piracy Report put the cost of additional war-risk premiums incurred by Nigeria-bound ships passing through the Gulf of Guinea at $55.5 million, in addition to about $100.7 million carried by 35 per cent of ships to cover kidnap and ransom. It would not be a surprise if the 2021 report shows something higher.